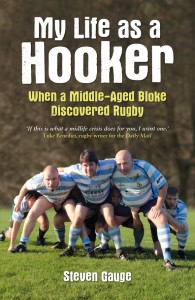 Not necessarily the opening line you might expect from a respectable family man and political consultant, in Waterstones Croydon on a Thursday night. But Steven Gauge is no ordinary man: a few years ago he discovered the joys to be found on a muddy field in the front row of the scrum of the Warlingham 4th XV, and My Life as a Hooker is his story. 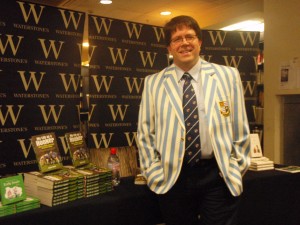 In front of an audience of friends, fellow players and other book lovers, Steven told us about some of the characters in his rugby life, such as Trevor Hutchins, a delivery driver during the week and an immovable force at the weekend, Danny ‘Anger Management’ Gillespie, and the ever-changing band of teenage ‘Inbetweeners’, who turn up at random for fixtures in a battered second-hand car and a cloud of cigarette smoke, adding their own unique contribution to the game before being retiring from the pitch injured after five minutes in need of nicotine and Haribo. 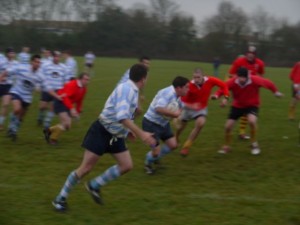 Steven eventually led his team to glory – all the way to Twickenham, in fact – but to find out how he managed it, you’ll have to read the book. As well as being a tremendously funny story, My Life as a Hooker is also a campaign call to get fat blokes off their sofas and into the great outdoors, to run around and occasionally grab a passing rugby ball. As Steven says, there’s nothing like having a twenty-stone forward rushing at you to make you forget about the smaller worries in life, such as which font to choose for your PowerPoint presentation on Monday. And, contrary to what you might expect, in adult amateur sports, nobody is going to give you a hard time for being rubbish – the most important contribution you can make is just to turn up! 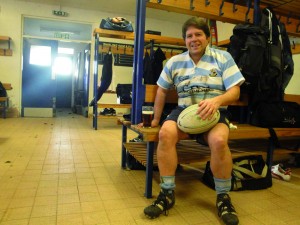 Other books by Steven Gauge include:
The Rugby Lover’s Companion
You Know You’re a Rugby Fanatic when…
Political Wit