A Bull on the Beach in Easy Jet magazine

Our very own Anna Nicholas has appeared in EasyJet magazine this month with a postcard from Majorca.

Many of us dream of escaping the rat race and settling down in an island paradise, but Anna Nicholas did just that when she moved to Soller, on the Balearic Island of Majorca, with her husband and son.

Having juggled life as the head of a London PR agency with trips to Majorca for several years, documented it all in a series of books along the way, she took the plunge and chose a dilapidated farmhouse in the Soller Valley as their new home.  Now fully immersed in the island’s culture and traditions, Anna is continuing to write, as well as blogging regularly for the Telegraph newspaper online, and her fifth book, A Bull on the Beach, is due to hit the shops in July, following on from the success of Donkeys on My Doorstep. 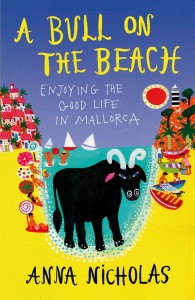