Six Things I Learned as a Twenty-First Century Tramp 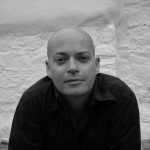 In 2011, Charlie Carroll found himself out of a teaching job; with plenty of time on his hands but next to no money. Inspired by his favourite writer, George Orwell, he decided to embark on a journey as a 21st century tramp, on foot and sleeping rough from Cornwall to London. No Fixed Abode: A Journey Through Homelessness is Charlie Carroll’s account of that journey. Here he tells us what he learned along the way …

That to go ‘on the tramp’ has not always been a pejorative term …
For many years, tramping was a lifestyle and, often, a purposeful one. From the Elizabethan to the Victorian ages, to go ‘on the tramp’ would be to use well-known paths and networks to travel from town to town in search of casual work. One case study from Warwick which dates back to the 1580s cites the arrest of 130 tramps. Of these, 77 of them were tradesmen or professionals on their way to or in search of their next job (and the remainder were mostly wives or children in tow). Almost a third were labourers and servants, then came cloth-workers, peddlers, tinkers, builders, a surgeon, a student, a mole-catcher, a coal-digger, a clockmaker, a roper, a locksmith and a barber. Tramping, therefore, was viable. It could even be respectable, and there was something exclusively English about it.

That not all homeless are rough sleepers …
During my time on the streets of London, I visited Westminster’s Homeless Unit which worked out of Charing Cross police station. There, I was told that the number of rough sleepers in the borough averaged at approximately eighty per night. That seemed to me a remarkably low figure, and I was informed that it came from a literal headcount of those who ‘could be found sleeping rough in one night’. It did not include those who had secured a place in a hostel or refuge for the night; did not include those who had wandered out of the borough for a change of scenery after getting into trouble; did not include those who the police simply could not find. Others I have contacted during my research have implied that many homeless statistics are conducted along the same lines: that is, headcounts of rough sleepers. If this is true (and I despairingly believe it may be) then the numbers of homeless in the UK may far surpass those we are currently offered.

That the homeless can still be as territorial as anyone else …
I arrived on Bristol’s streets, ready for a concrete bed. Fear coupled with ignorance, then joined hands with a liberal dose of naïveté, and I found myself asking any of the rough sleepers I met where I could spend the night, believing I would be inundated with a choice offering of select spots. Of course, nobody tendered such advice. Still wary of bedding down behind the nearest wheelie bin, I walked out along the river and found a suitably secluded spot in a slim patch of woodland. The following morning, I met a tramp called Stan.

‘Why won’t anyone tell me where I should sleep?’ I asked him.

‘I’m not asking where they sleep, I’m asking for any spot.’

‘There’s plenty of good sleeping-spots in Bristol, but we don’t just stick to one, we move around. Me, I’ve got about five, I know another ruddy ten, but I wouldn’t tell you about them, either.’

‘What if I need them myself?’ Stan stopped on the pavement and turned to face me. ‘All right, then, Charlie, tell me this. Where did you sleep last night?’

I visualised the trees I had dozed beneath: the cosy bed of bracken, the seeming safety of the interlocking branches above my head. I had already decided I would be spending tonight there, and I was not prepared to reveal the location to anyone.

That, for the beggar, a passing smile can be as warming as a pound coin …
Today, begging is perfectly legal and, with this in mind, I spent one London morning in Aldwych, sat on the pavement opposite Australia House, crossing my legs and placing my cap on the concrete before me. The first ten minutes were humiliating and they were demeaning. Visible poverty was, as Orwell once noted, spiritual halitosis. But the shame exhausted itself quickly. I began to look up, to search for eye contact with the myriad passers-by. Some looked at me with pity, others with hostility, and still others with a palpable fear. But most ignored me. Begging on the street, I attained nothing short of invisibility. It is this ignorance which hurts the beggar most, and it makes the few acknowledgements one receives almost too tender to bear. Four people stopped to give me money. Three gave me a warm and caring smile. I felt inordinate gratitude for all seven of these people: they had no need or reason to give me money or attention – who was I to them? Nobody! – but they did regardless, and the pure loveliness of that soon came to outweigh all the humiliation.

That sometimes using a cliché can be apt …
Those people who are marginalised in society tend to be so not just because the majority do not understand the hows and whys of their plight, but because this lack of understanding mutates into fear. In the UK today, there is a very real fear of the homeless, in much the same way as there can be a fear of those with mental health issues, or even just those who do not speak the same language as you. It shames me to say this now, but I too used to shy away from beggars and Big Issue sellers when I saw them on a street-horizon, and I did so because I was fundamentally – and ignorantly – scared of them.

That the numerous institutions in place to assuage homelessness are run by some of the kindest people in the world …
Of all the things I learned on my tramp from Cornwall to London, this might be the most important. To extol the virtues of the myriad institutions and organisations which exist to aid the homeless in twenty-first-century England would require a whole book in itself, and so I will just enumerate, and thank, those I happened upon along my own short journey:

To The Wild Goose in Bristol, which provides free food to anyone in need of a decent meal, and accords to the philosophy of its owner, Alan Goddard: ‘It doesn’t matter if you  have one pound in your pocket or one million. You are welcome to eat here’.

To the Compass Centre, also in Bristol: a combination of hostel, outreach centre, health service and advice bureau. The Compass Centre is Bristol’s flagship in care for the homeless and destitute.

To St Mungo’s in Camden, which does not just offer a bed to its clients but also offers cooking groups, drop-in sessions, job opportunities, budgeting workshops, education and training possibilities.

To the soup run outside Zimbabwe House on the Strand; to the No Second Night Out campaign; to the Charing Cross Homeless Unit; to Anchor House; to the One Percent Scheme; to the Choir With No Name; to the thousands of altruistic, kind, philanthropic and gladdening institutions across the country which give up time and money to make a positive contribution to those who have found themselves marginalised and disenfranchised in our modern society – to all of these, I offer not just my thanks, but an unequivocal respect.

No Fixed Abode: A Journey Through Homelessness by Charlie Carroll was published by Summersdale on 3 June 2013 and is available to buy here.