Raise your glasses – it's Beer O'Clock!

This week we were lucky enough to experience a Summersdale first; indeed, possibly a world first! Our clever author Jane Peyton not only launched two books, Beer O’Clock and School of Booze, but brewed a beer just for the occasion! Jane brewed the eponymous ‘Beer O’Clock’ beer with the help of Sara Barton, of Brewster’s Brewery, using fresh green hops, and served up in the marvellous Fuller’s Mad Bishop & Bear pub at Paddington Station. 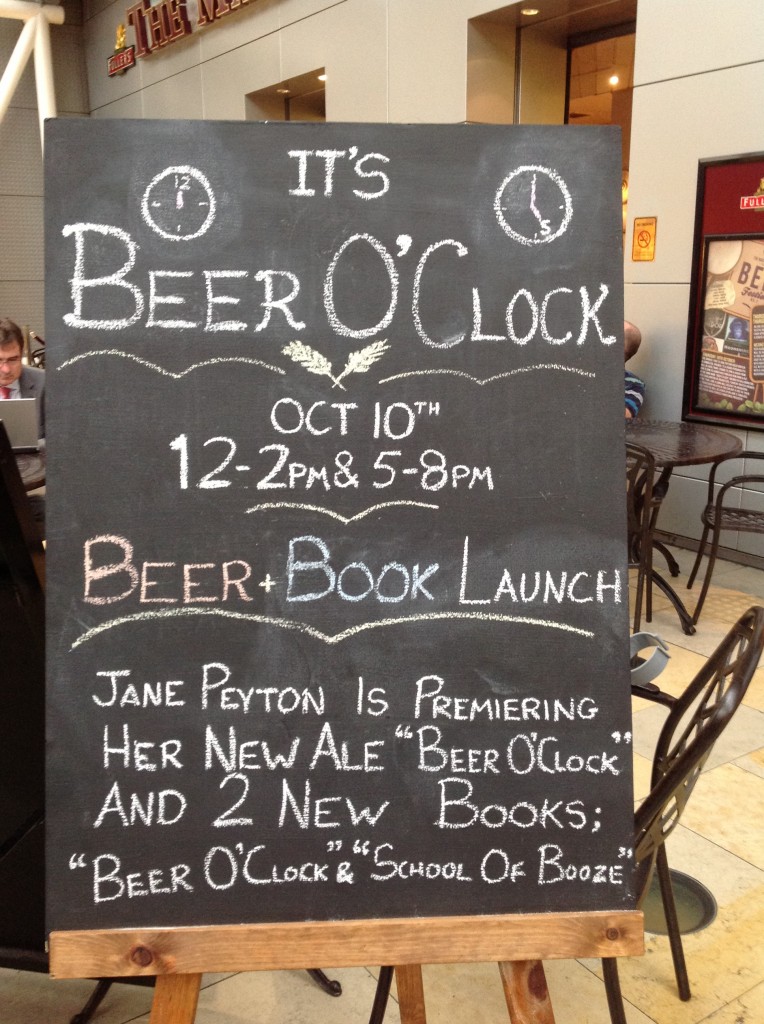 Of course, books are our passion at Summersdale, but we can’t deny that a little flame flickers for certain tipples, and at the idea of a beer and book launch we were out of quiet, cobbled Chichester and into the bustling metrop. before you could say ‘Beer, anyone?’ We don’t think it’s too shameful to admit we were first at the bar for a golden glass of Beer O’Clock. 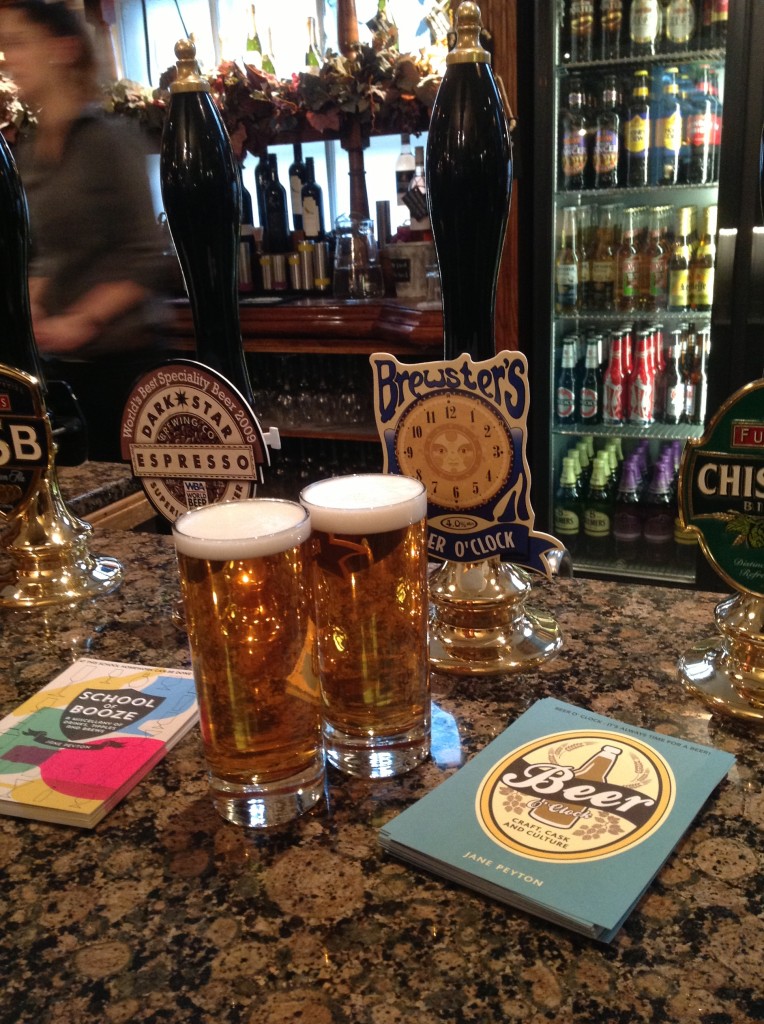 We had a game go at trying to taste the flavours from the tasting notes – marmalade, citrus and floral with a biscuit backbone – with some Summersdaliens proving to have a more sophisticated palate than others. Meanwhile the pub had started to buzz with people and Jane (sporting the snazziest vintage gold waistcoat we’ve ever seen) was kept very busy mingling and signing copies of School of Booze and Beer O’Clock, that were available on site. 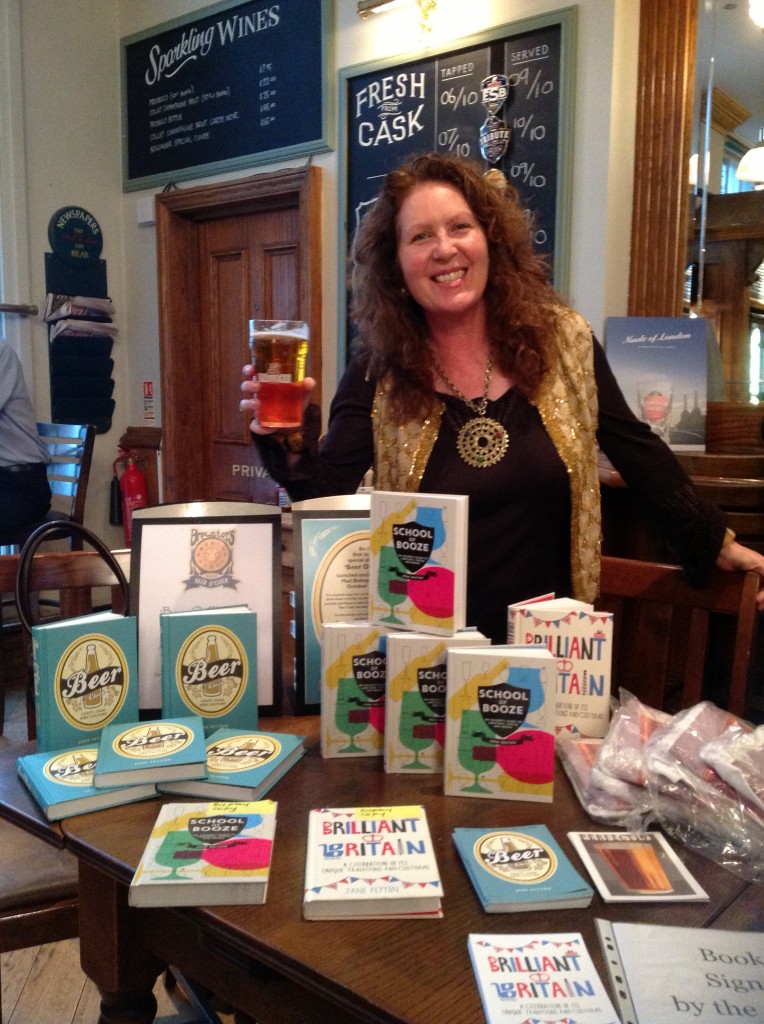 Luckily we were surrounded by top tipplers, all equally enthusiastic about the wonders of booze and beer, so our outpourings of all the fascinating facts we’d recently learned from our books fell on receptive ears, and we even learnt a few new things ourselves – did you know that the first beer brewed in Britain was made using heather, and was actually a mild hallucinogen, or that gin and tonic was originally used as an anti-malaria medicine (so what’s your gran’s excuse)?

Although we know that for some, the dreaded ‘C’ word is absolutely banned until December, for others Christmas was very much on their minds and we heard of quite a few lucky uncles (infamously difficult to buy for) and mums that would be receiving signed copies of Beer O’Clock and School of Booze this year.

Both of these handsomely designed books are packed to bursting with wonderful nuggets of information about your favourite tipples – for the beer lover, the choice is obvious, but for those of you who are partial to a little bit of something on the rocks, a glass of fine wine or perhaps something a little more exotic (absinthe, anybody?) School of Booze makes a perfect drinking companion. For a limited time, there are signed copies of the book available through Jane’s website – the perfect opportunity to kick-start your (look away now, December purists) Christmas shopping. Were you at the launch? If so, what did you think of Beer O’Clock?