As Summersdale marks a quarter of a century in publishing, Alastair Williams, the company’s managing director and co-founder, looks back on the early days, Summersdale’s first premises, party crashing and how the business is adapting to today’s ever-changing publishing landscape. 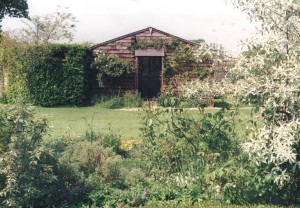 “Summersdale started out in a garden shed in Summersdale, on the outskirts of Chichester. Co-founder and old school friend Stewart Ferris and I had spent several amazing summers busking around Europe together, and returned with some great stories to tell, so Stewart wrote The Busker’s Guide To Europe. This was swiftly followed by my book The Student Grub Guide, which is still in print today.”

From the glamour of a garden shed, Summersdale moved to offices in West Street, Chichester, where the company still remains today, now with around 23 staff members. “Back then we often slept in the office after a day’s work as we couldn’t afford the rent on a home and an office,” Alastair says. “We repped our books from an old Post Office van, often immediately fulfilling any orders straight from the back of the van, carried in a rucksack! It was gruelling at times, but a great grounding in a business we knew very little about.”

Summersdale’s non-fiction list ranges from narrative travel, memoir, health and wellbeing to gift and humour. Today the company produces over 100 titles per year and has a backlist of over 700 titles. Summersdale’s vision is to continue to grow as a renowned producer of informative, entertaining and inspiring reads, stationery and gift books. The company attributes its strength to its ability to react nimbly to emerging trends, embrace new technologies and capitalise on new opportunities, whilst keeping its feet firmly on the ground.

Alastair is particularly grateful for the generosity and support he has experienced in the industry from day one: “I’m so grateful to those who have provided their wisdom and support to us over the years; and to some larger publishing players for the wonderful sustenance provided to us at book fairs and events both here and abroad… we went to some great parties, and some we weren’t strictly invited to!”

“After 25 years of hard graft and the occasional knock-back, I feel that Summersdale has finally come of age,’’ Alastair says. “We’re celebrating this milestone on such a positive note, with many great successes over the past few years particularly. I’m very proud of the company and everyone involved in its achievements.”