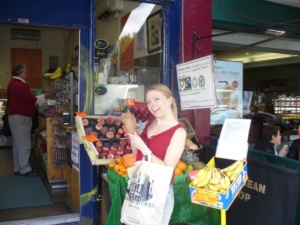 If you’ve been following our social media output for any length of time, you’ll probably have noticed one thing: Summersdale Likes Food. We have regular bake-offs and BBQs, biscuit-filled meetings, ice-lolly distribution on sunny days and even a dedicated Tomato Club. And yet, for a vegan, I do surprisingly well on the food front.

Partly this is down to the fact that I have incredibly lovely and considerate colleagues, who will often trial some vegan alternatives in their cooking or come up with an intriguing twist on a classic biscuit recipe to make them Debbie-appropriate. But often, it’s due to the fact that veganism is on the rise, and vegan-friendly products are now springing up like mushrooms (the Portobello type make a delicious burger replacement, FYI).

Gone are the days when a plate of soggy tofu and lettuce leaves constituted a vegan meal (though, sadly, for me at least, the jokes about vegans eating ‘rabbit food’ have yet to follow them). Lots of high-street chains now offer vegan food, and there are bucket-loads of ‘accidentally’ vegan treats to hunt down for those with a sweet tooth. And of course, the internet is a-flurry with enough delicious vegan recipes to keep you stuffed for months. 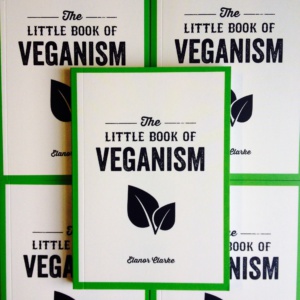 And this is all due to the incredible fact that veganism has increased threefold in the last ten years. The Telegraph claims it is one of the fastest-growing lifestyle movements in the UK, and Peta say that 20 per cent of Britons between the ages of 16 and 24 do not eat animals. While some articles have claimed that this 360% rise is caused by the likes of Instagram and high-profile vegans making a cruelty-free lifestyle more desirable, I’d like to think that in actual fact, it’s just the world slowly waking up to the wonders of a vegan lifestyle. Since going vegan six years ago, my diet is now more varied and interesting (not to mention delicious) than ever, and contrary to popular belief and the extreme cautions from my friends, my bones have not yet crumbled and I have yet to fall asleep at work or collapse in a heap because of a perceived lack of protein. And anyway, who needs meat when there are avocados in the world?

If you’d like to learn a bit more about veganism, our book The Little Book of Veganism is a great place to start. In honour of World Vegan Day, why not try out one of the wonderful recipes from the book – roasted beetroot risotto followed by banana-chocolate muffins, anyone? – or memorise some of the incredible facts from it to drop into a fun conversation with friends? Did you know, for example, that the word ‘veganism’ was coined in 1944 to represent ‘the beginning and end of vegetarian’? There’s your risotto-dinner-party conversation starter all set. Happy World Vegan Day!