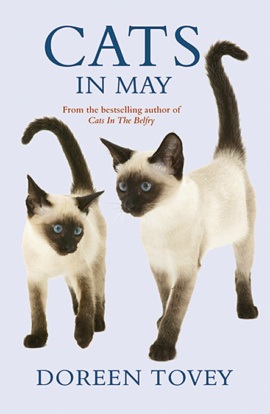 ‘All our animals showed their independence at a dishearteningly early age.’

The Toveys attempt to settle down to a quiet life in the country. Unfortunately for them, however, their tyrannical Siamese cats have other ideas. From causing an uproar on the BBC to staying out all night and claiming to have been kidnapped, Sheba and Solomon’s outrageous behaviour leaves the Toveys at their wits’ end. Meanwhile Doreen has to contend with her husband’s disastrous skills as a handyman, and a runaway tortoise called Tarzan.

Both human and animal characters come to life on the page, including Sidney the problem-prone gardener and Blondin the brandy-swilling squirrel. This witty and stylish tale will have animal-lovers giggling to the very last page.

Doreen Tovey has written more than a dozen books, which have sold over 100,000 copies in eight countries.