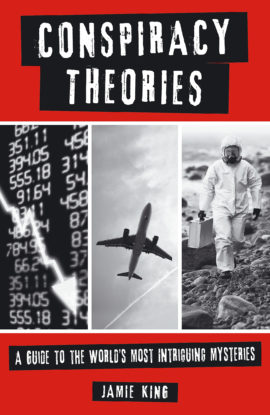 A Guide to the World's Most Intriguing Mysteries

Did Michael Jackson fake his own death in a bid to escape financial ruin or was he murdered?

Was it aliens that helped to build the Sphinx and the Great Pyramids and what were they trying to cover up?

Is the food industry colluding to make us addicted to sugar?

You’ll discover startling evidence on these topics and many more in this compelling compendium of the world’s scariest and wackiest conspiracy theories. It leaves no stone unturned as it delves into such conundrums as:

Whether you’re a sceptic or a self-confessed conspiracy junkie, you’ll find a cover-up for every occasion. And remember, just because you’re paranoid doesn’t mean they’re not after you…

Jamie King has been fascinated by famous mysteries ever since discovering the Abbey Road album cover as a child. He works as a freelance writer and editor, and lives in Wimbledon.