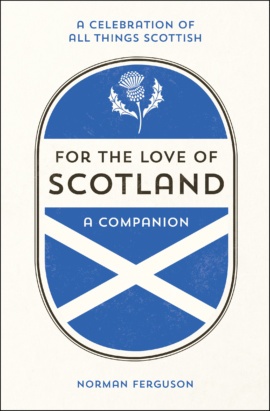 For the Love of Scotland

A Celebration of All Things Scottish

This miscellany of all things Scottish will have you quoting Burns, reeling off famous battles and fizzing with fascinating trivia in no time. As well as getting the low-down on the who, what, when and where of Scottish history – including profiles of William Wallace, Mary Queen of Scots and Bonnie Prince Charlie – you’ll gain plenty of insight into the food, drink, landscape, culture and everything else that makes Scotland exceptional.

Norman Ferguson is an author of books on history, aviation and modern culture. He has worked as a web editor and copywriter.