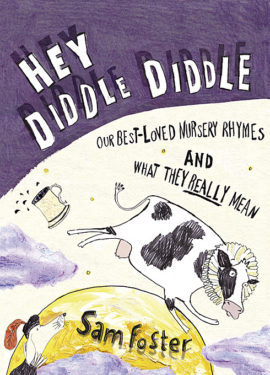 Our Best-Loved Nursery Rhymes and What They Really Mean

This charming compilation of 40 of the best-loved traditional nursery rhymes offers clues as to their true meanings and often surprising origins.

Many of the catchy songs we grew up with were not nonsense verses for the playground but served as satirical commentaries on political events of the day. These seemingly innocent vehicles were once used to spread subversive messages at a time when illiteracy was commonplace in society and direct criticism of the authorities was punishable by prison or death.

Sing a Song of Sixpence, a Pocketful of Rye, Four and Twenty Blackbirds Baked in a Pie… Was this simply about a delicacy of the day? Or was it, as some claim, a coded message used to recruit members for Blackbeard’s pirate ships?

This humorously illustrated book offers a trip down memory lane and some fascinating food for thought for anyone interested in English history and language.