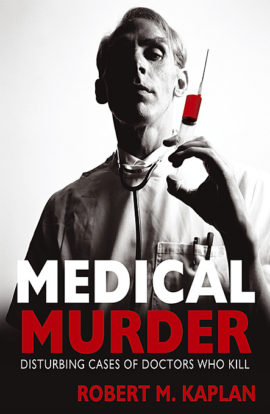 Disturbing Cases of Doctors Who Kill

Dr Harold Shipman told his unsuspecting patients he was conducting blood tests as he injected them with a massive dose of heroin; they were dead within minutes. Before his trial, many assumed he was an over-zealous GP who went too far in providing comfort to dying patients. In the end, he was found guilty of deliberately and coldly murdering 218 of his patients. But although Britain’s worst serial killer, he is far from alone.

Doctors have power over both life and death, and this shocking and grisly book reveals terrifying cases of those who exploit this to meet their twisted pathological needs, including:

• Dr Radovan Karadizic, the psychiatrist who led the genocide during the Bosnian War

• Dr William Palmer, who poisoned his victims for insurance money Kaplan analyses the chilling paradox of why these trusted practitioners spent years learning how to preserve life, only to turn their focus on how to end it.