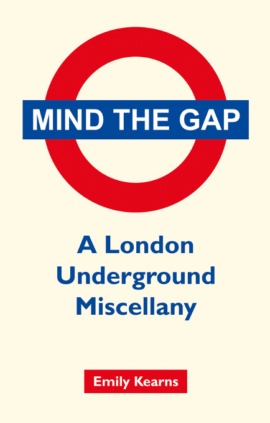 Imagine life without the London Underground… The iconic Tube has been transporting Londoners around Britain’s capital for 150 years, and today 150,000 passengers use the Underground every hour.

This fascinating miscellany takes us on a round-trip through every aspect of the London Underground, from the history of its construction to its many appearances in books, films and popular music, giving a glimpse into the technical marvels beneath our feet and the many human stories that play out in its trains and tunnels every day.

1845: A pamphlet is published in which Charles Pearson, a London lawyer, pushes the idea of an underground railway to transport both passengers and goods to the city centre.

1863: On 10 January the Metropolitan Railway goes down in the history books when it opens the first subterranean railway in the world.

1998: A previously undiscovered breed of mosquito, adapted to life underground, is discovered living in the Tube network.

2012: Close to one million people use the Northern line alone, every day.

Emily Kearns grew up on the outskirts of London and from a young age regularly roamed the Tube network armed with an all-zones travelcard. With an interest in all things underground, Emily found that the capital’s subterranean railway not only offered a sense of freedom, but its history provided a wealth of untold stories and hidden stations ripe for discovery.

'There is a surprise or two on every page of this handy-sized fascinating compendium of facts.'

'Round-trip through the Tube to mark 150 years.'

'this book is a must'