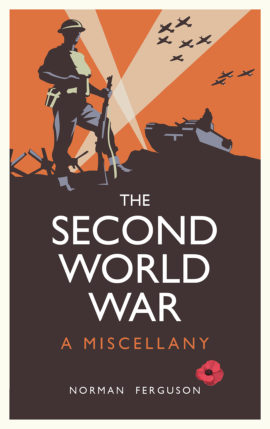 Have you ever wondered…

• Who was the youngest WW2 serviceman to fight in battle?

• How low did the Dambusters fly?

• How many ships were sunk at Pearl Harbor?

From the Battle of Britain to the Siege of Leningrad, the horrors of the Holocaust to the D-Day landings, on the Home Front and abroad, the Second World War changed the political, social and economic structure of the world. Through
its battles, aircraft, weapons, soldiers, campaigns and heroes, this comprehensive miscellany is a compelling guide to one of the most destructive and all-encompassing wars the world has ever seen.

Norman Ferguson is an author of books on history, aviation and modern culture. He has worked as a web editor and copywriter.